Following in the footsteps of Saint Dominic We are Dominicans, members of the Dominican Family, the 800-year-old Order of Preachers founded by Saint Dominic.

Born in 1170, Dominic de Guzmán was born in Caleruega, Spain, into the noble Guzmán family. After his university studies, he lived a cloistered life as a Canon Regular at the Cathedral of Burgo de Osma. There he dedicated his life to the public worship of God and personal prayer and study.

In 1203, while in France, Dominic was confronted by the Albigensians, religious sect that believed that spirit is good and matter is evil. To counter this heresy Dominic was inspired to found an order of itinerant preachers. His followers, thoroughly educated and prepared to debate the truth, promoted the dignity and worth of all created things.

In 1206 Dominic founded a community of women in Prouilhe, France, to provide a place for women who had responded to his preaching and had been expelled from their Albigensian families. The monastery of nuns in Prouihle is known as “the cradle of the Dominican Order. The founding of his friars—the Order of Preachers—came in 1216. From these simple beginnings, Dominican women and men are to be found in almost every country of the world. They find hope and joy as members of a wide Dominican family of friars, contemplative nuns, sisters, priestly fraternities, and lay women and men. Our life as Dominicans is built on the four pillars of Prayer, Study, Community, and Preaching.

Inspired by the example of Saint Dominic, We are energized by contemplation and study of the Word of God. We engage in a common search for the truth about God, ourselves, and our world. We preach by our life and service—our communal living of our mission to be a joyful, compassionate, and prophetic presence in our world, witnessing to and proclaiming the reign of God through ministry for justice and reverence for all creation. Our preaching is deeply rooted in contemplation, continuously sustained by community and personal prayer, study, and reflection.

The preaching of the good news of God’s love and mercy stands at the center of the life of the Dominican Family. Whether it be the brothers, the nuns, the sisters or the laity, all Dominicans seek to  bring peace, justice, love, and mercy to life in every circumstance they encounter. Whenever possible, we collaborate to live our mission in service of the gospel. Some of the ways we do this are through various organizations: Today the worldwide Dominican Family (the Order of Preachers) consists of approximately 25,000 Dominican apostolic sisters and their associated groups; 3,000 cloistered nuns; 5,000 friars; hundreds of thousands of Dominican lay women and men; the Dominican International Youth Movement; and Dominican Volunteers International. Many other groups are formally aggregated to the Order. The Dominican Family also includes those with whom we minister. In 1995, the Dominican Sisters of Sparkill became one of the founding members of this international association of Dominican Sisters. Today there are approximately 19,400 Sisters representing 47 Congregations in 109 countries. As an international organization with a diverse membership, DSI’s mission is to promote, support and unite the preaching efforts of Dominican Sisters of apostolic life. Through solidarity and collaboration among the Sisters, other members of the Dominican Family, and lay partners, DSI facilitates the Sisters’ mission as women preachers of justice and peace, with a special emphasis upon the rights and dignity of women. The Dominican Sisters Conference unites the sisters and associates of U.S. Dominican Congregations in their mission to preach the Gospel of Jesus, standing as a clear voice for truth, justice, and peace. Created in 2010, the DSC The rich diversity of our membership enables us to broaden our individual perspectives and bring our experiences to bear on the needs of our world. We engage in rigorous study leading to collaborative action. We are a sign of unity in our fractured world with a strong, collective voice that speaks effectively for justice. 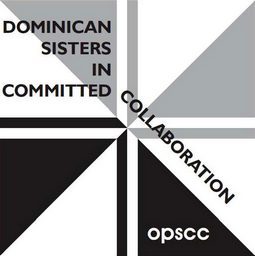 In 2014, the Dominican Sisters of Amityville, Blauvelt, Caldwell, Hope, Sparkill, and the Maryknoll Sisters of St. Dominic formed Dominican Sisters in Committed Collaboration (OPSCC) for the purpose of mutual support, discernment of the newness of the Spirit’s action as it unfolds in this time, and to be and to do together what we cannot sustain alone, especially in response to the hungers of this world.

We invite you to explore the following Dominican organizations and resources to learn more about the wonderful ways the Dominican Family is collaborating to respond to the evolving needs of our world: Dominicans at the United Nations

U.S. Dominicans at the United Nations Dominican Institute for the Arts