Our Ministry in Pakistan

Making the love of Christ visible

More than sixty years have passed since eight Dominican Sisters of Sparkill began their ministry in Pakistan after their ship sailed into Karachi. The Sisters established ministries that flourished over the years and have continued to serve both Christians and Muslims. The Sparkill Dominican circle in Pakistan has continually grown ever wider. The community now spans three cities, with five schools and two hostels that provide a home to young girls who would not otherwise have the opportunity for an education.

Since their arrival in Pakistan in 1958, the Sisters have embraced the living of the beatitude of being peacemakers—“who shall be called the children of God.” Their primary ministry for over 60 years has been education, serving both Christians and Muslims.

Bahawalpur’s Dominican Convent School opened 1958 with fewer than 70 students. Begun as a middle school, within two years it also became a high school. Cambridge classes began to be offered to students in 2000, and the school was upgraded to a Higher Secondary School in 2003. Today more than 1300 girls and boys, both Muslim and Christian, are enrolled in classes from primary school through secondary school. The thousands of students who have graduated from Dominican Convent School since its foundation more than 60 years ago have acquired more than an academic diploma. During their school years, Muslim and Christian students were classmates and friends, learning from their experience that the growth of peaceful co-existence among people of different religions can be a positive contribution to their nation’s future.

The government has recognized Dominican Convent School for its significant academic achievements. The tuition paid by these students helps to support Dominican Study Center, an Urdu Christian school that serves children whose parents cannot afford to pay fees. To make it possible for girls who live in outlying districts to attend school, the Sisters opened hostels in Bahawalpur and Loreto, a Christian village in the Thal Desert, northwest of Bahawalpur. Ibn-E-Mariam (Son of Mary) School in Loreto has also grown ten-fold since its founding, and in later years Dominican Primary School was established in Multan. 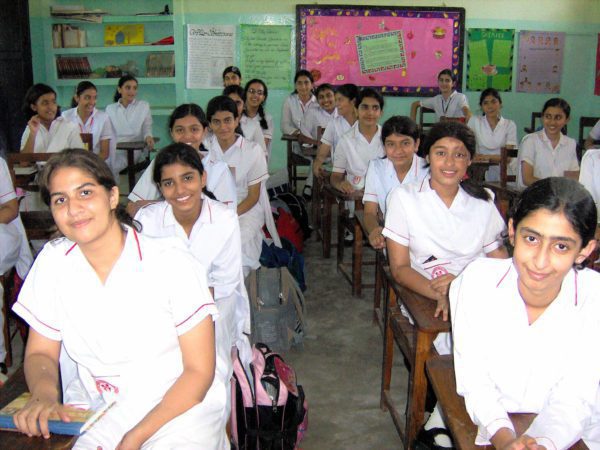 The Sisters’ ministries also extended beyond the classroom. Emergency and basic health needs of the people were served in medical dispensaries staffed by the Sisters in Loreto and Fatimapur. In response to needs expressed by the people, the Sisters started adult education—catechetical, sewing, typing, and English classes—with an emphasis on developing lay leadership. The Sisters knew that one day they would no longer be in Pakistan, and they resolved to work toward building a future church of Pakistan that would be led by the native Pakistanis. That vision has now become a reality. Catechists, members of religious communities, priests, and bishops of Pakistan are now almost all native-born Pakistani women and men.

In 1971 the Sisters became involved in the work of the Pastoral Institute in Multan. There they have taught courses and given retreats for young women and men religious from many communities, worked with ecumenical groups devoted to deepening understanding between Christians and Muslims, and organized programs for seminarians, catechists, and adult faith leaders from parishes throughout the Multan Diocese and beyond. They have become vocal advocates for human rights protesting unjust treatment of Christians and other religious minorities. Read More about the history of the Sparkill Dominicans in Pakistan

How your donations have helped

Our donors continue to make a difference around the world. Here are a few projects made possible by their generous gifts. Thank You!

Your care and generosity have also enabled us to reach out to the young students in our hostels who attend our schools; you have made it possible for them to receive proper nutrition as well as school supplies.