In gratitude, I give back to the Sisters 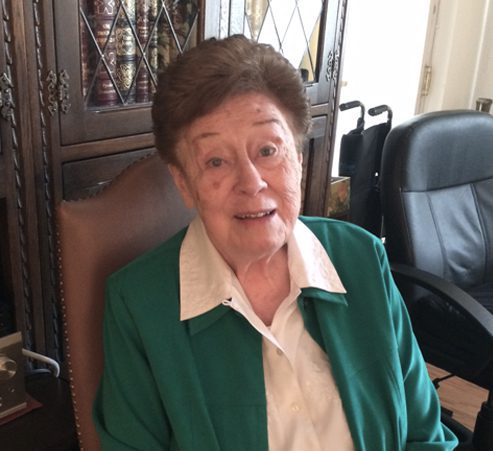 In the early 1940s, St. Helena’s School in the Bronx opened its doors to two sisters, Joan and Adelaide. This was the beginning of their longtime, loving relationship with the Dominican Sisters of Sparkill.

In 1943, Adelaide became a student at Aquinas High School where she was highly influenced by the loving care and sensitive guidance she received from Sisters Anne Veronica and Lucy. Upon graduation, Adelaide entered the Sparkill Dominicans. With the encouragement of her Sisters, she completed a Doctorate in Mathematics and Physics while continuing to teach and to play the organ for liturgies.

It was after 25 years as Sister Margaret Francis, when her sister’s dying request was that she care for her four children, Mother Evangelist Marie and Adelaide agreed that she should take a leave of absence. Shortly after this, Lawrence Livermore Laboratories asked her to become one of the first women to join their research team. For the remainder of her career, she taught in the University of California system. Upon retirement, she returned to the Northeast.

Adelaide has told us, “I owe something very special to the Sparkill Dominicans. I learned an exceptional way of life from the Sisters. I learned how to respect every person as an individual, how to use my God-given talents, and how to help those in need. Among the Sisters, when someone has a concern, need or project, everyone joins together and helps. The Sisters were always giving and giving; and today, they continue to give to those who are most vulnerable. In gratitude, I am giving back to them through a bequest in honor of my sister and myself. I encourage others to return the love and care they have received from the Sparkill Dominicans by including the Sisters in their Wills.”