A chance – and a lifetime 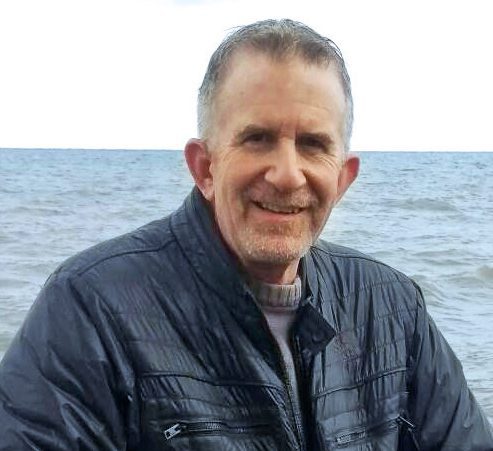 And that is what Dr. Art Kelleher did when he unknowingly bought the wining raffle ticket in Sparkill’s annual golf tournament raffle. He took a chance that would help a congregation of Sisters that had once helped him. But the story does not end with the awarding of the first prize, which he generously gifted back to the Sisters. Sister Helen Robert Boyd recognized the name “Dr. Arthur Kelleher of San Diego” when reviewing the list of winners. The memory of a tall boy with a shock of red hair who loved science and joined the Navy came to mind. Never to be daunted by the unknown, Sister Helen surprised Dr. Kelleher with a call and then happily reconnected him with the teacher who had inspired him to pursue a career in medicine, Sister Rose Pfannebacker.

Dr. Art Kelleher was taught by the Sparkill Dominicans at St. Catherine of Siena School in Binghamton, NY. He remembers the names of all the sisters who taught him there and appreciates and admires them for their dedication and sacrifice in order to provide the excellent education he received. Sister Rose was one of them and to this day, looking back, Dr. Kelleher considers her to be one of the most outstanding teachers and mentors he has encountered during his long academic career including college, medical school, and residency training. At the time, Sister Rose was a young Sister on her very first teaching assignment, and (perhaps because of that!) she was not quite ready to entirely give up some of the joys of youth. There was a hill directly behind the church that was ideal for sleighs and toboggans. Dr. Kelleher distinctly remembers Sister Rose fearlessly flying on a toboggan down a particularly steep hill while the wind whipped her habit about her. The toboggan tipped over toward the bottom of the hill, causing all the riders, including Sister Rose, to continue the journey to the bottom of the hill without the aid of the toboggan. “We laughed about it and began calling her the flying nun.”

Sister Rose, too, has fond memories of the young “doctor-to-be.” She recalls how beautifully he played the piano for all the Sisters, how his penmanship was perfect, and how excited he was to show off his “new” teeth to her after his braces were removed.

Dr. Kelleher’s mother was a nurse and two of his uncles were doctors, so he knew a medical career was probably in his future. But it was his classes in science, particularly in biology, throughout his Catholic education that “cemented the deal” for him. His Dominican education shaped his life.

Dr. Kelleher earned his medical degree from Georgetown University School of Medicine. Having received a full scholarship from the U.S. Navy for medical school, he went on active duty following graduation. He initially underwent training at the Naval Aerospace Medical Institute in Pensacola, Florida after which he was designated a Naval Flight Surgeon, a physician whose primary focus is maintaining the health and safety of the naval aviators. He remained in that position for 5 years, after which he returned to Naval Hospital San Diego where he completed a residency in anesthesiology. While a Flight Surgeon, he had an especially vivid experience when he was stationed on an aircraft carrier in the Persian Gulf. It was Easter and, while he was participating in the full-blown Easter Vigil Mass in the ship’s chapel, it occurred to him that there they were, in the middle of nowhere, celebrating the Church’s most sacred rite surrounded by hostile Muslim countries in every direction. It was then that he recalled that the Dominican Sisters had missionaries in Pakistan and, as far as he knew, they were the closest group who would also be celebrating the Easter vigil.

Today, Dr. Kelleher is a retired anesthesiologist living in San Diego, CA. When he decided to return his winnings, he remembered his time on the ship and the thoughts he had during the Easter Vigil service and asked that his gift be used to help the Sisters’ schools in Pakistan.

As for Sister Rose, she earned a Master of Science degree at Villanova University. After two years in Binghamton, she was sent to Holy Trinity High School on Long Island where she taught physical science and worked on stage productions, building sets for the extravaganza musicals at the school. Following her time at Holy Trinity, Sister Rose taught at numerous other schools in New York and St. Louis, and then spent many years in housing ministry for at-risk women in St. Louis.

Sister Rose is very proud of her former student’s phenomenal career and joins with all the Sparkill Dominicans in thanking Dr Kelleher for his generosity.