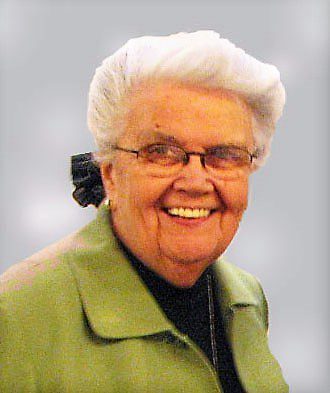 Born in New York City on August 27, 1939, Beatrice Ann was the daughter of Patrick and Anna O’Connor Walsh. She entered the Dominican Congregation of Our Lady of the Rosary in Sparkill on September 8,1957 and received the name Sister Patricia Mary. She professed her first vows in 1959 and final vows in 1964.

Sister Patricia Mary received a BS in Education from St. Thomas Aquinas College, 1962, and an MS in Reading from Hofstra University, 1976.

Sister Patricia Mary is predeceased by her parents Patrick and Anna O’Connor Walsh her sister Mary and brother Gene. She is survived by several nieces and nephews. Sister Patricia Mary was a woman who made a difference in her teaching ministry, touching the lives of children and parents. Her leadership in the ministry of restoring countless women to the fullness of life in her ministry in Alina Lodge and Emmaus House exemplified the congregational goal in her proclaiming the word of God and reverencing all persons. May she be welcomed into the fullness of God’s presence—well done, good and faithful servant, Sister Patricia Mary Walsh.