Preaching is the mission of the Dominican Order. Dominicans live out this mission in their encounter with the Word of God through an informed wisdom, the fruit of our daily contemplation. Having the Word as a filtering lens during our contemplative prayer helps us to focus our speech and actions in all our encounters during our day as we seek to preach the word with truth.

Preaching happens in a variety of forms: actively sharing the Good News with others through the written word, beautiful creations in the arts, and living out the Gospel message in one’s own life to be examples for others of the truth of the Word. From a theological point of view there is no qualitative difference between the various modes of proposing the Word of God. Dominic founded the Order to be preachers, and this task is accomplished by the many facets of preaching. 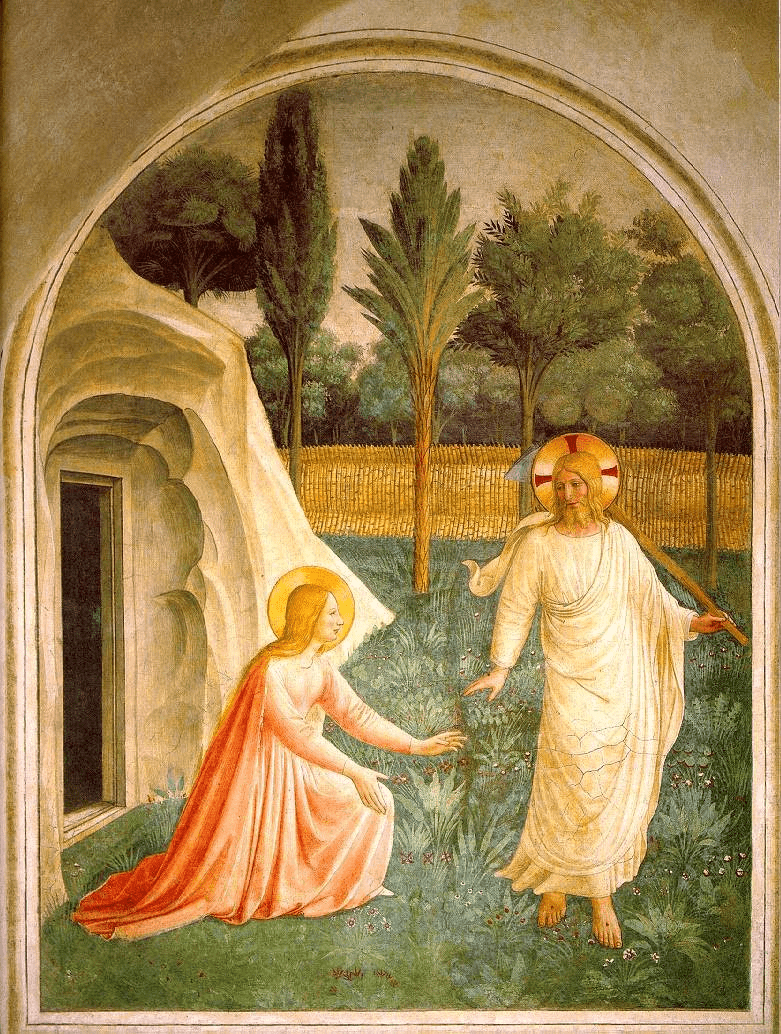 "Noli Me Tangere" by Fra Angelico

Art is a special form of preaching and the oldest form of communication. Whereas the words of a great preacher may soon be forgotten, the unique preaching through art lasts throughout eras of time. Images are powerful forms that can speak volumes at a glance. Everyone is familiar with the axiom, “A picture is worth a thousand words.” If it were suggested to you to call to conjure up an image of St. Dominic in contemplation, most of you would call to mind this image of St. Dominic, seated, reading from a book on his lap, his left hand holding the spot on the page and his right hand touching his chin, deep in thought about what the particular passage means in his life. On the other hand, if asked to repeat what one heard at last Sunday’s homily, most would find that to be a bit more difficult.

Guido de Pietro de Gino da Vicchio di Mugello, better known as John of Fiesole or Fra Angelico, is considered by his biographers to be the perfect contemplative and preacher. He lived in a reformed community at the Dominican convent of Fiesole, where solemn liturgical practices were observed. Study was given the highest priority and ministry was accomplished by zealous preachers, none more enthusiastic than this master artist who preached through pictorial messages. Fra Angelico’s works touch not only those who can be moved by the religious quality in his work, but also by non-Christians. Secular art historians recognize the extraordinary uniqueness of his sacred representations and place him as one of the catalysts of the Renaissance.

The largest collection of Fra Angelico’s work are found in the Convent of San Marco, Florence, Italy. This convent was given to the Dominicans by Pope Eugene IV who wished the Dominicans to renew the place both spiritually and materially. It is here where Fra Angelico painted and supervised the decoration of the cells and Chapter house between 1436 and 1445. His superior, Saint Antoninus, his fellow Dominican, asked Fra Angelico to decorate each cell with Scripture depictions, in order for the friars to have an image to contemplate all their waking moments. "Descent from the Cross" by Fra Angelico

The title, Fra Angelico, was given to him by his Dominican brothers who were most inspired by his works which came from the wellspring of his contemplative prayer and who were profoundly moved by his perception of heaven occupied by earthly beings.

Fra Angelico was a master preacher through his art. An effective preacher captivates one’s audience by telling a good story with an unforgettable punch line. Fra Angelico’s paintings are wonderful homilies all telling different parts of the story of redemption. He achieves his masterful preaching through the use of color. Everything is vivid, but subtle, alive and fresh. Today, these works over five centuries in existence could have been painted this decade, they are so pure and perfect. In most of his works there is a figure of a Dominican in the scene, oftentimes depicting Saint Dominic at the foot of the Cross. Fra Angelico believed that heaven was attainable, and that angels were a significant part in the relationship between the human person and one’s destiny of eternal bliss. The angels are always colorful, young, and perfect in form. Like all of Fra Angelico’s figures, they are delicate, gentle, and meaningful.

Pope Saint John Paul II said about Fra Angelico: “These paintings are his miracles.” The pope recognized that Fra Angelico’s body of work testifies to his holiness, and he elevated him to the rank of the Blessed on October 3, 1982. On February 18, 1984, Pope John Paul II knelt in front of Fra Angelico’s tomb in Rome and solemnly proclaimed him to be the universal patron of all artists.

Fra Angelico’s life helps us understand that we are called to use the gifts we have been given to serve others and to give glory and praise to God.

Sister Elizabeth is an artist who resides in St. Louis where
she is also engaged in ministry with her two therapy dogs. 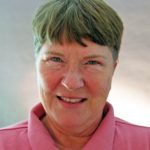