We know that each of the saints in our Catholic roster tried to emulate the life of Jesus in her or his unique way. Saint Bonaventure writes that Saint Francis of Assisi became the epitome of this effort. Francis had lived a privileged and worldly youth, sought honor as a knight and experienced suffering through imprisonment and illness—all of which led him to seek a deeper meaning and purpose in his life. His daily desire was to follow the example of Jesus in every possible way from his extreme practice of poverty to his ardent love of the poor and creation. From his overwhelming sense of God’s presence in a blade of grass to the majesty of the cosmos, Francis carried within his heart a deep reverence for the earth and for all God’s creatures.

Francis was filled with the light and proximity of our loving God wherever he glanced. His life resonated with the words from the Book of Genesis, “And God looked upon all that He had created and found it to be very good.” Appropriately, his spirituality of nature grew from his love of God and overwhelming bond with creation that he describes in his beautiful Canticle of the Sun, which begins with the words, Laudato Si—Be praised, my Lord!

In the autumn of 1205, a 23-year-old Francis was kneeling before a Byzantine-style cross in the neglected church of San Damiano, south of his hometown Assisi, and he heard the words, “Francis, go and rebuild my house, which as you see is falling into ruin.” He took these words from Christ seriously and literally and set out to repair the building and several other local churches. Later, he understood God was asking him to do much more. 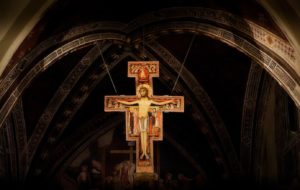 In our time, Pope Francis uses these same words to inspire and challenge us to repair and restore our earthly home in his encyclical, Laudato Si. The ruination of the planet is seen daily as it is being pilfered by our greed. We don’t have to look very far to see the extinction of animals, the devastation of our forests, the pollution of our pristine oceans with tons of plastic dumped into them every day by our carelessness, and how we allow millions of our brothers and sisters around the world to languish in poverty. As part of the so-called, First World, we deny countless others the fruits of the earth when we fail to share that which belongs to all citizens of the earth. The result is that our ears become deaf to the “cry of the poor.” (Prov. 21:13)

In his Canticle of the Sun, Saint Francis calls all creatures his sisters and brothers. He took seriously our relationship with this world’s life forms and treated them as his beloved siblings. Nothing was too small for his reverence and respect. Do we have the same affection, or do we simply look upon them as resources to fulfill our selfish needs?

It is the intent of our Holy Father in Laudato Si to raise the consciousness of all peoples and to change our ways of looking at and interacting with the world. In a small book entitled, The Ten Green Commandments, the author (Father Joshtrom Kureethadam), shares the pope’s fervent appeals that we as Sparkill Dominicans have committed ourselves to carry out. The author is crystal clear as to the imminence of the crisis our world faces, which can only be resolved by a shared, global responsibility. As usual, it is the poor who will be devastated first since millions are already victims of rising sea levels and poor air and water quality. 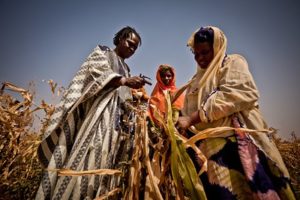 As Dominicans, we are known for our teaching and preaching of truth. Through the ages, we have been in the forefront of enlightening our brothers and sisters with the Gospel message from the time we left the boundaries of the monastery in the 13th century and taught in the streets and communities where the Holy Spirit called.  We are being commissioned today to raise the consciousness of people to the truth of the earth’s desperate cries. However, to do this, we must also know the specifics of that which we are facing. As teachers and students, let us take to heart and mind what we are called to do according to Laudato Si.

Although we may not be at the peak of our physical abilities, we can be influential instruments of enlightenment by our honest conversations with people. Among our own families and friends, we have experienced those who deny the reality of the world’s predicament as simply an aberration in the earth’s geological history. Nonetheless, our challenge remains to bring the fruits of our contemplation to all.

So, today and all the days to come, we implore Saint Francis to give us the grace to hear and act on the cry of the poor, just as Jesus did when he fed the 5,000 and what Francis did daily in the streets of Assisi. Let us have the courage to proclaim this truth, which even scientists assert is a real threat. The poor of the world are counting on us. 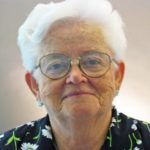 Sister Helen resides in Dominican Convent where she serves
on the Life Enrichment Committee and co-chairs the
Committee for Serving Vulnerable Populations.